We wrote and mailed a letter to Santa this morning. 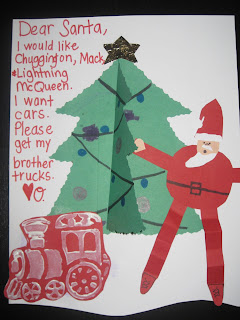 Buddy has had a tough week tackling, sitting on, and all together being obnoxious towards Little Guy.  Little Guy, at 7 months, is an active little bugger, crawling like a madman, pulling up, and this week – attempting to stand on his own.  All he wants to do is be with Buddy doing what Buddy is doing.  Unfortunately, Buddy has little interest in this interaction and has begun hoarding toys (his and Little Guy’s) and is trying to “defend” his personal space.  After taking away his beloved trains didn’t work to stop the madness, I decided to get Santa involved in my quest.  Did you know that you can send a self-addressed, stamped letter to the North Pole and they will send it back with a North Pole postmark?
For our letter, I gathered up random supplies.  I cut out shapes and Buddy used a glue stick to adhere them to the paper and drew decorations with markers and crayons. 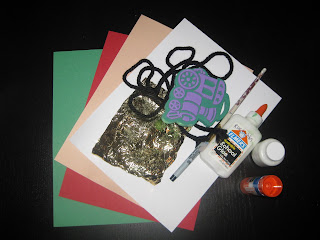 Then we cut out some shapes and glued on then onto the paper with a glue stick. 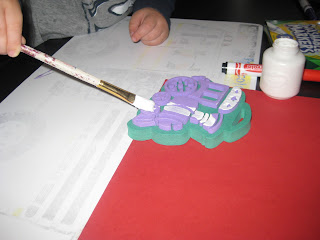 We stamped a train on the letter, because if you know Buddy, you know no project is complete without a train. 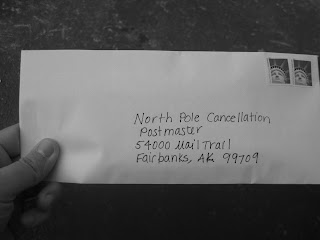 We addressed the envelope… (and then I slipped in an SASE containing a written reply back from Santa – Shhhhh!!!!) 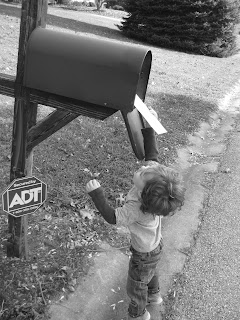 And got it in the mail nice and early…just in case Santa needed some time to build all of those trains, and cars, and trucks.
Update: Here is the reply we received from the North Pole!